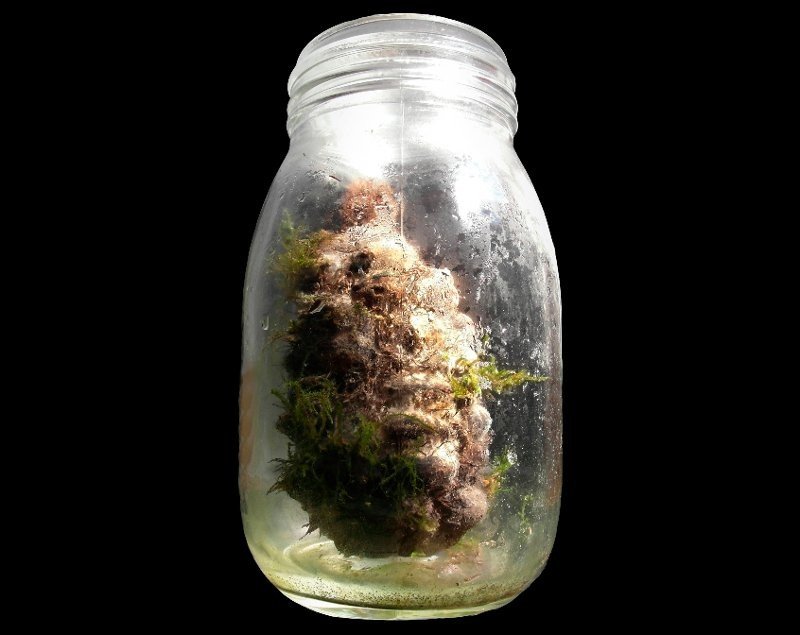 Daszak, Peter and Megan E. Walsh. "We are all but Wardian Cases" EcoHealth March (2013)

A Banksia inflorescence transported from Western Australia and impregnated with Swiss moss was sealed in a homemade Wardian Case. Slowly new life emerged, an exploration of colonisation and global cultivation of native and foreign plant species, signifying home and place, melding personal and cultural needs.

The banksia inflorescences came from Bold Park, a coastal bushland reserve managed by the Botanic Gardens and Parks Authority in Perth W.A. I obtained them during a self organised research residency spent with the rangers at Bold Park. They practice conservation by collecting seed from the the Banskias and other local plant species. After getting permission I imported the empty inflorescences out of Australia to Switzerland where the project begun. It interested me to observe some of the differences and similarity in Forest management in Switzerland and the cultural/ social aspects that appear to influence land/resource management decisions.