"bring them home" served as an interactive display that raised awareness about the legacy of 150 years of European gardening culture and its effect on the health of the local environment. 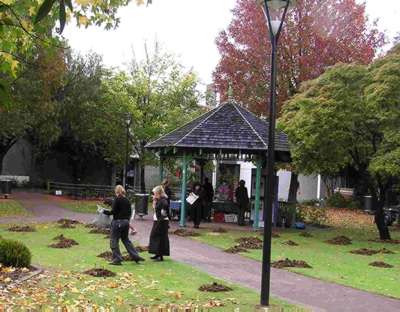 The one day event lasted for five hours  co-facilitated with  a representative of the Phosphorous Action group, to raise awareness about the importance of re-introducing local native plant species to the places where we live, and how this influences biodiversity in the Perth Metropolitan area. 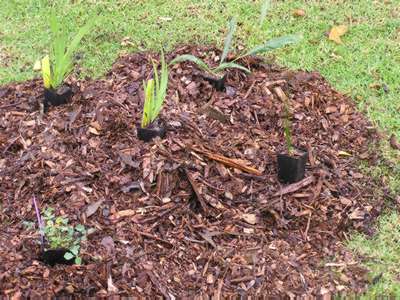 A range of native plant species that commonly grow in the nearly all the soil regions found on the Swan coastal plain (which describes the metropolitan regions of Perth and its suburbs) were selected. There were 90 of these plants in total. Passers-by were invited to take a  free plant home and be given further information and references about how to grow their local plant species, should they be interested. 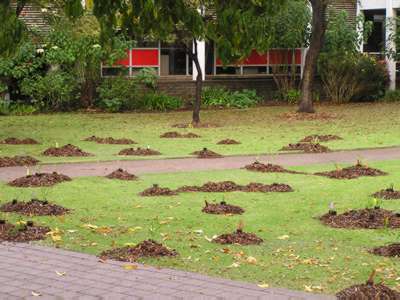 The native plants (tube stock) were arranged so as to make a contrast with the existing view scape of lawn and exotic species cultivated as part of the campus gardens. 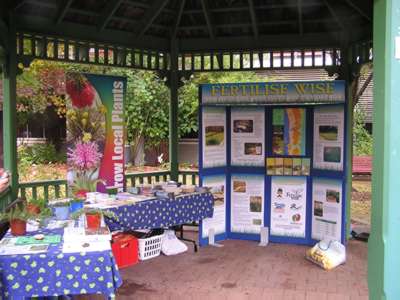 Under a small pergola we had posters and information that referred to the soil types and local native plants lists from the suburbs where poeple live and other handouts for interested persons.
Amy  from the Phosphorus Action Groupand I were on hand to explain the objectives of the display and facilitate interaction between the display an interested  people. 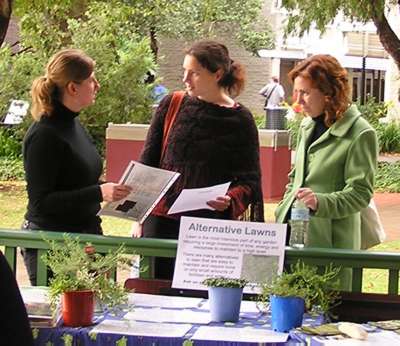 All the plants went in the first hour.
People were enthusiastic and keen to receive information about their gardens.


Amy co-facilitated the event with me, check out
what other great work she is involved in.
http://www.sercul.org.au