I Lay my Ear to Furious Latin arose from our mutual interest in honeybees and in biocultural diversity - defined as "the diversity of life in all of its manifestations: biological, cultural and linguistic, which are inter-related within a complex socio-ecological adaptive system."1
This interest compelled Tarsh Bates and me to initiate a six month artistic research residency with CIBER (The Centre for Integrative Bee Research, UWA) Located at the University of Western Australia, CIBER is dedicated to facilitate interdisciplinary research on honeybees.

As an extension of the global and our personal concerns surrounding the loss of honey bee populations and the loss of biodiversity in Western Australia more generally, we looked at some of the cultural and ecological consequences of human colonisation on native and European bees in Western Australia. The purpose of the residency was to find out which questions needed to be asked, and to inform individual and collaborative art projects spanning the next few years. We were particularly interested in three overarching questions:

1. Where do native bees live in contested urban environments?
2. How has the colonisation and urbanisation of Perth affected native bee populations? and
3. What is the nature of the human/bee interactions and what cultural roles do they play?

Initially we focused on the biocultural diversity of Perth native bees about which we knew very little... 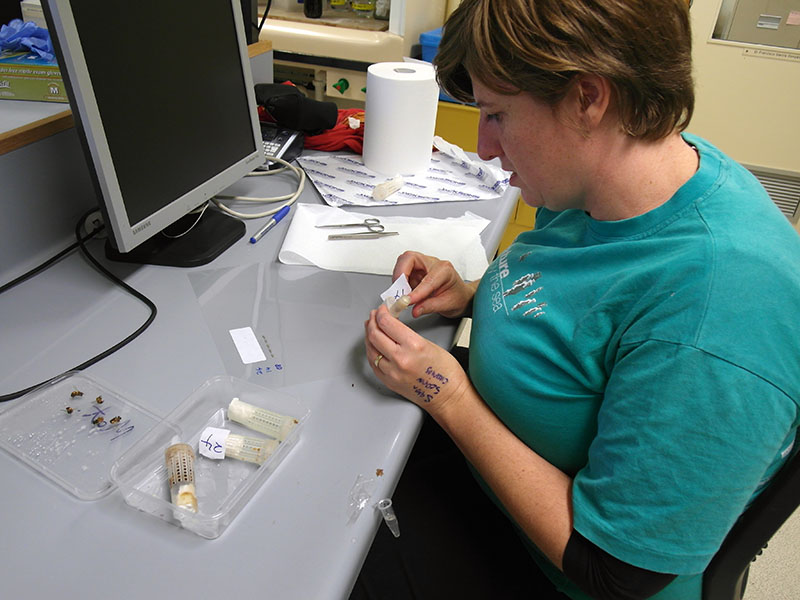 Australian beekeeping culture includes the belief that golden bees are desirable as black bees are thought to be angry and difficult to work with. Much artificial insemination used in commercial beekeeping is to create golden bees, breeding out the dark strains of bee.
I conducted laboratory research into the genetic variance between golden bees and dark bees. Bee wings are like fingerprints and the variations in wing lines can show genetic diversity between species I removed the wings from a number of bees collected in the field and used a computer software programme to compare the differences. My results where inconclusive, however a familiar unease was reinforced for me: in my western culture to know a living thing is to kill it. 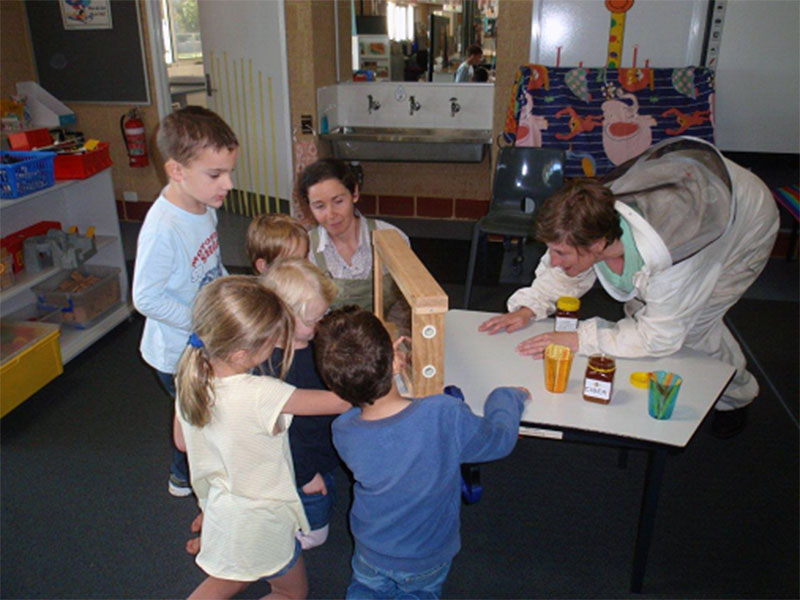 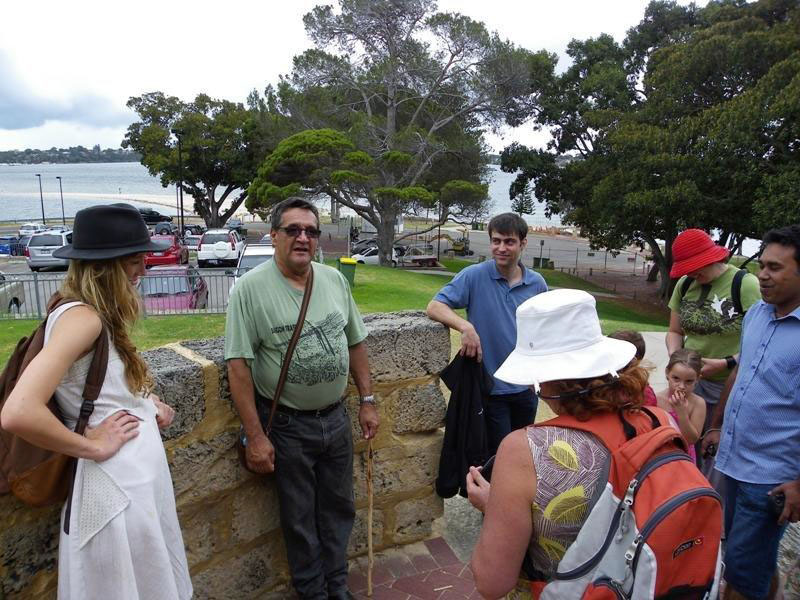 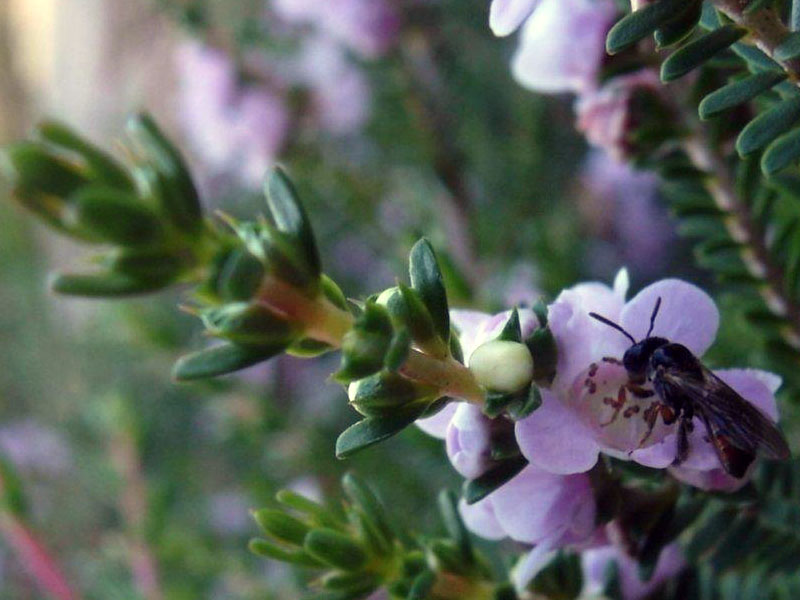 Classification of Australian native bees is challenging. Not only are they difficult to find physically as they are solitary, but these bees are culturally invisible as they have no recognised economic worth in contemporary Australia. I found this bee after weeks/hours! of searching. I think I have identified it correctly. Only two entomologists in Australia are qualified to classify these bees so the verification process is expensive and time consuming. 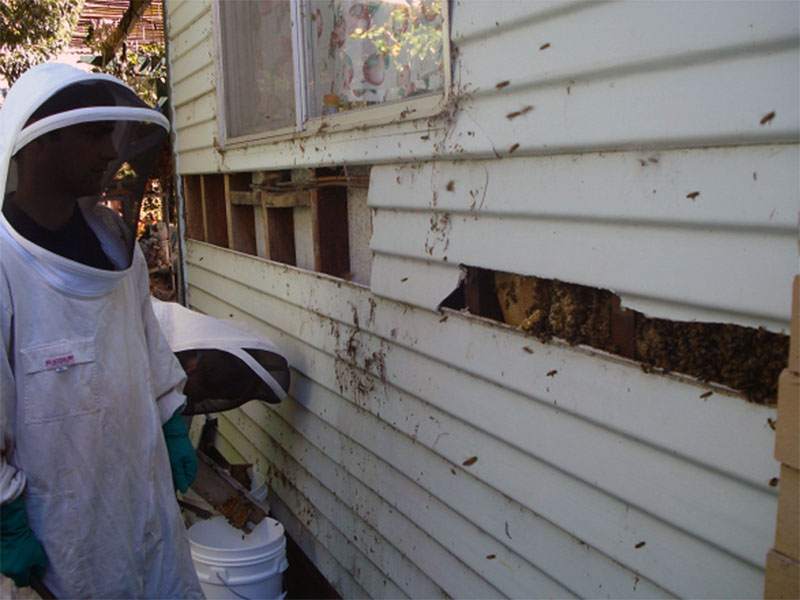 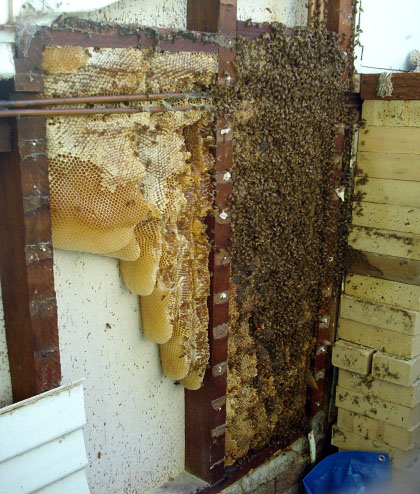 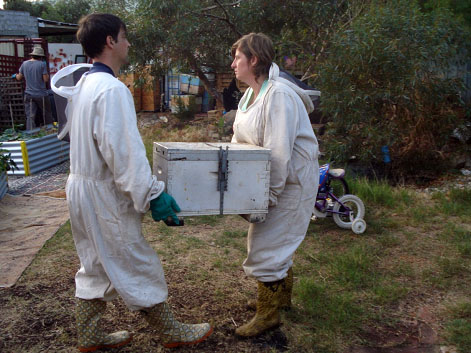 Performance intervention. A swarm had set up home in the wall of an urban house. The local council had recently required the human residents to move it but they did not want to poison it. They offered it to us. From a commercial viewpoint re-homing like this is completely pointless as it is so inefficient (3 of us worked all day to remove the hive). For us this was an exercise in experiencing/moving into bee-time. 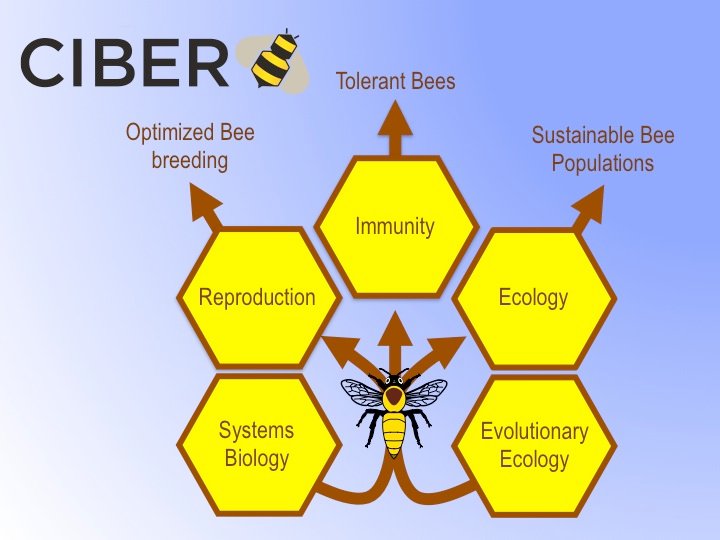 "The ultimate goal is to better understand honeybees and counter the dramatic losses currently occurring. To achieve this CIBER combines expertise from beekeepers with decades of experience, sociobiologists and their insights into the functioning of bee societies, evolutionary ecologists and their understanding of evolutionary processes and molecular biologists that provide expertise to harness the honeybee genome and proteome." 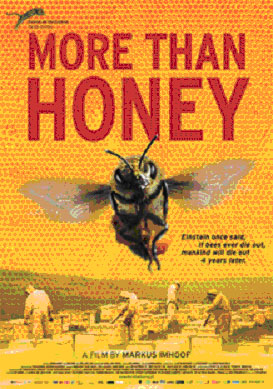 CIBER was featured and involved in the multi award winning documentary film More than Honey, directed by Markus Imhoof.